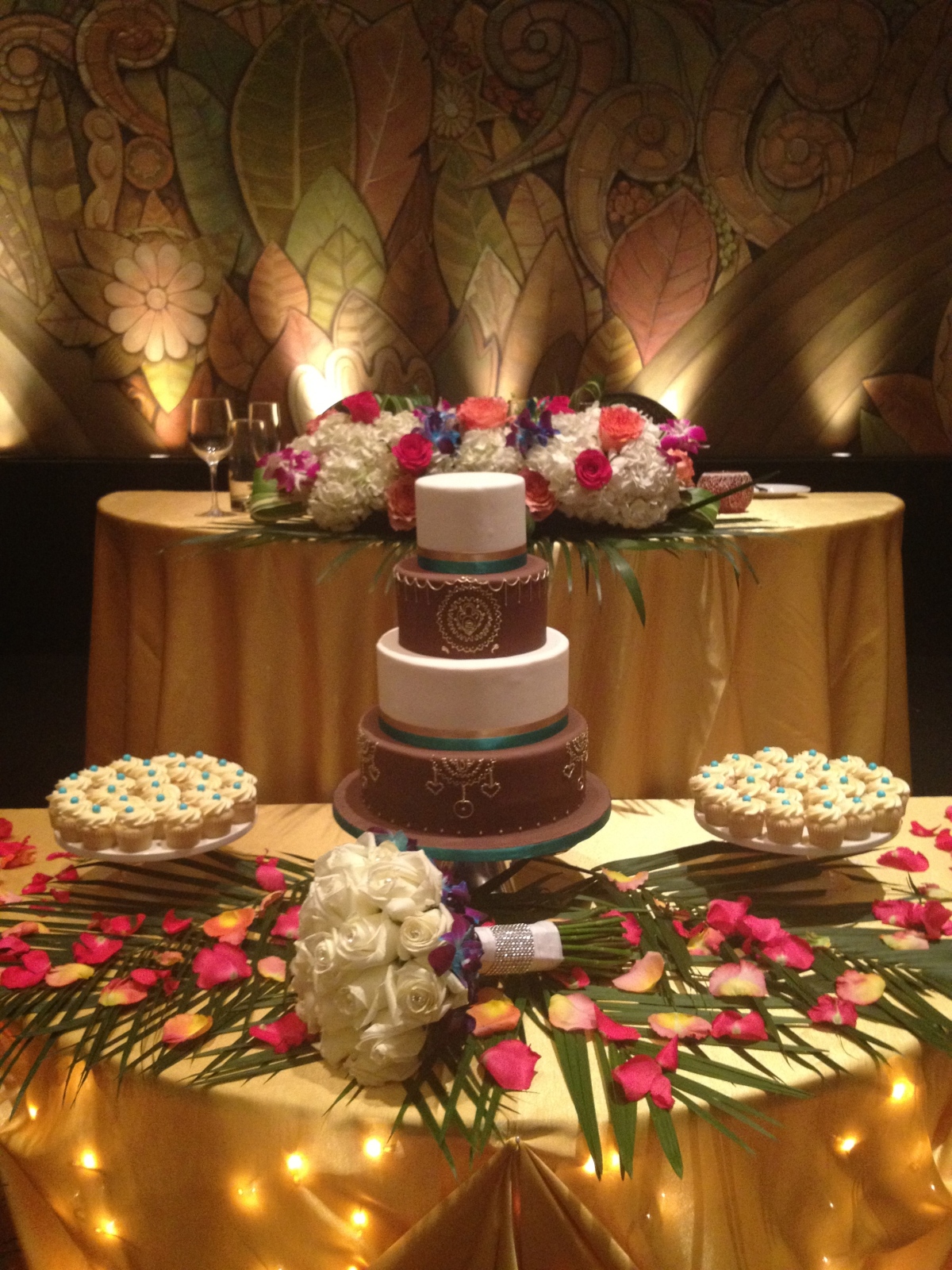 The blending of two cultures is always beautiful and this was especially the case for Penny and Steve wedding at the Eglinton Grand in Toronto. Denise from WeDDings Jubliee planning brought us in on this culturally diverse wedding for Penny, of Hindu descent and Steve, of Armenian descent. A fusion wedding if there ever was one, captured stunningly by photographer extraordinaire, Joee Wong.

For this wedding there would be two ceremonies, one at an Armenian church, and the other a Hindu ceremony at the Eglinton Grand. For the church ceremony Penny decided on a bouquet of white roses with a collar of purple and blue orchids. The bridesmaids wore dark purple dresses and carried simple bouquets of white hydrangea. Simple pew markers of hydrangea, orchids and palm frond decorated the aisle. 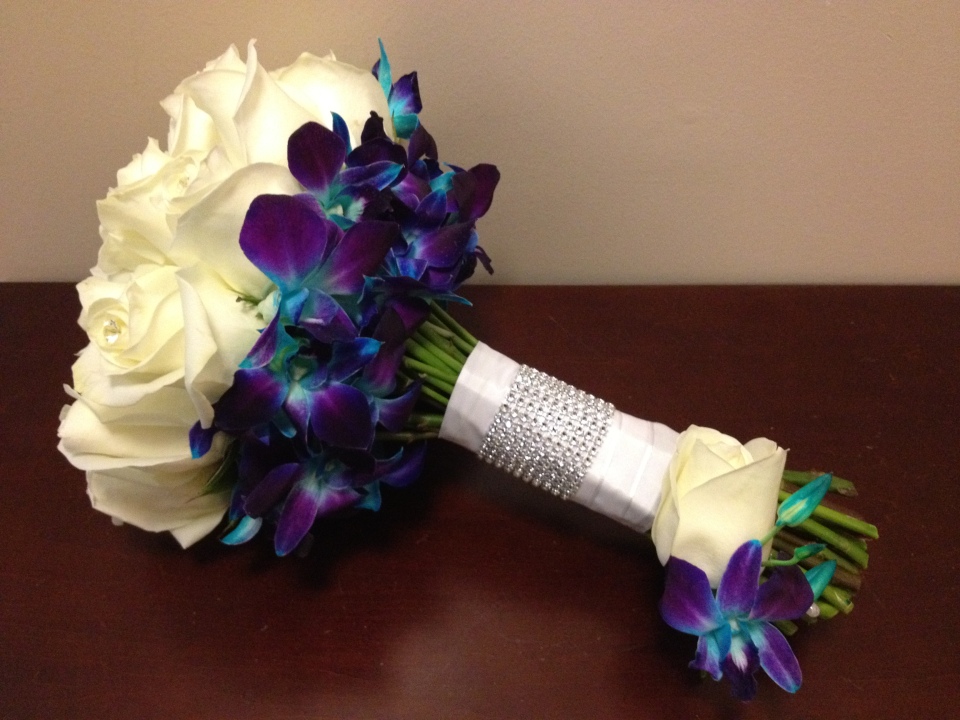 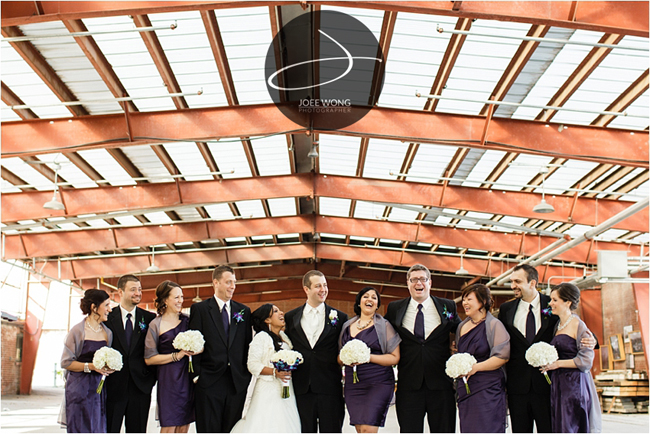 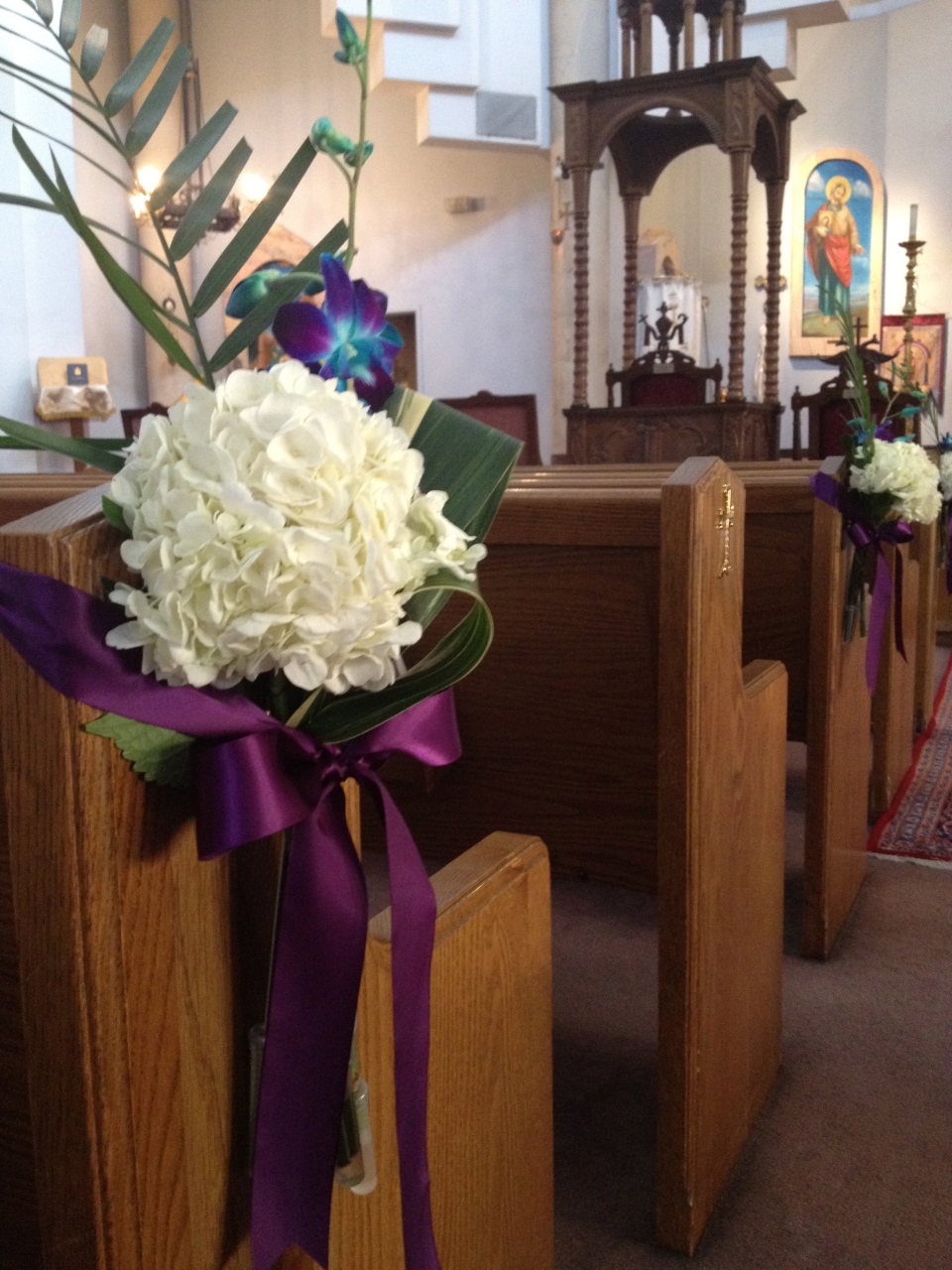 For the Hindu ceremony we kicked the colour up, as is customary. The altar was decorated with strings of orange and magenta orchids which matched the traditional flower garlands that the Bride and Groom wear for the ceremony. 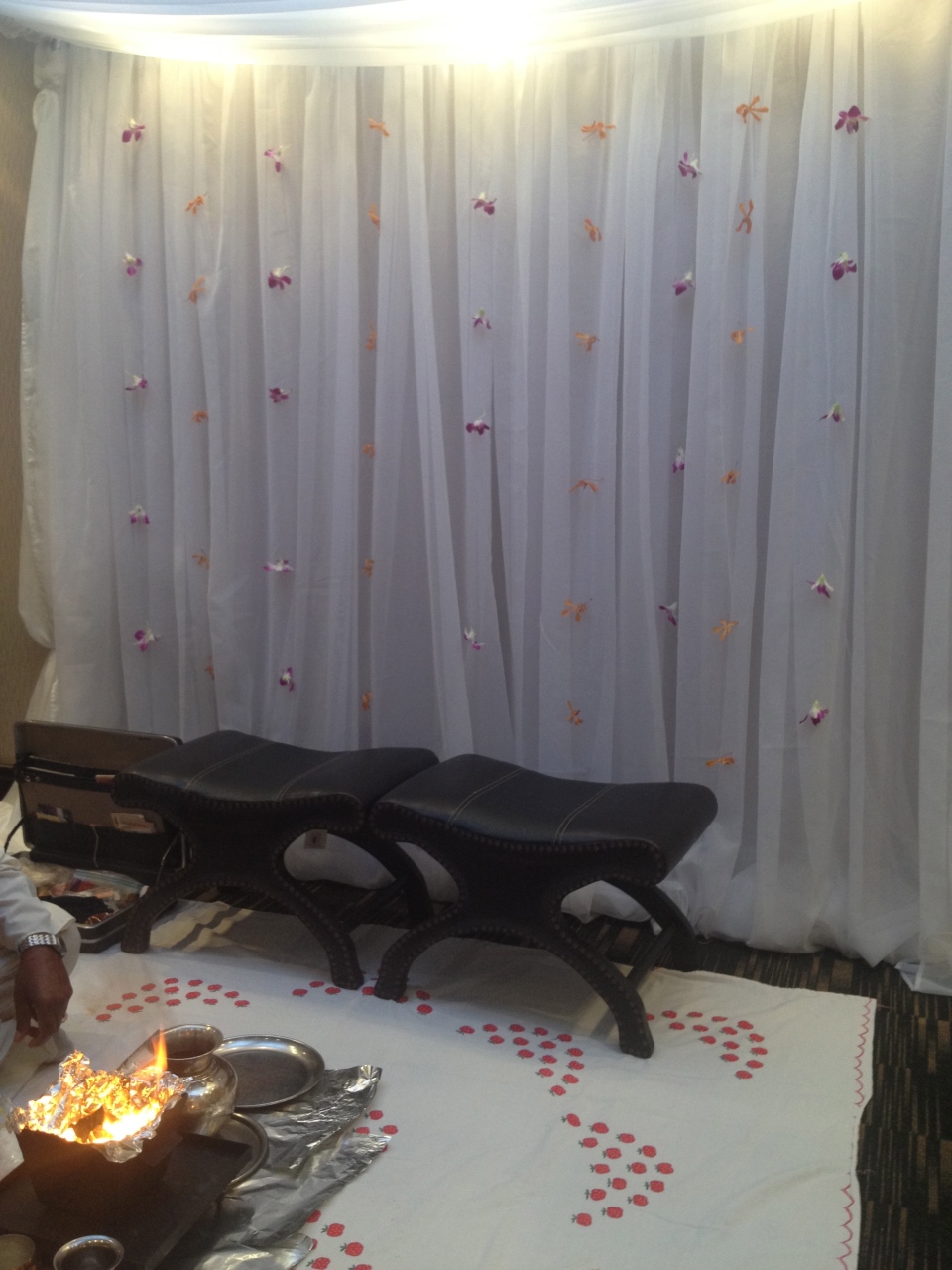 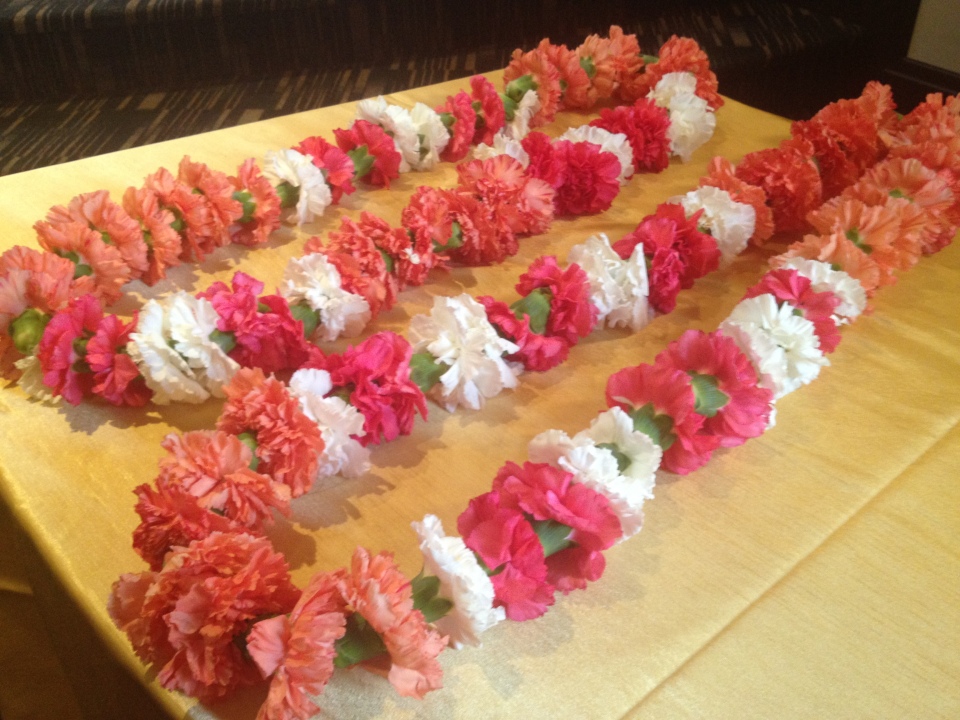 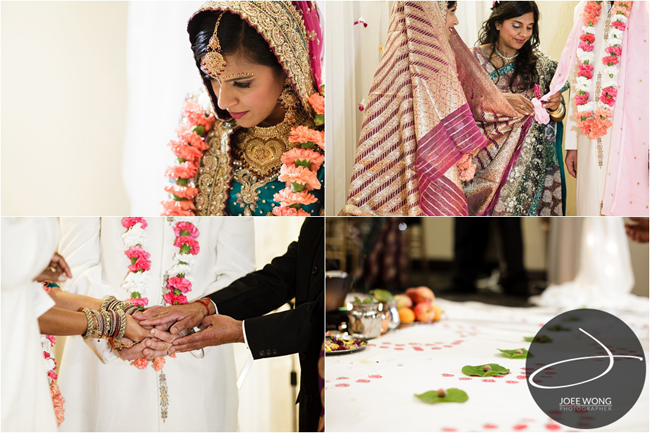 Since Elephants are a symbol of good fortune in the Hindu culture we crafted an entire elephant out of flowers to grace the entrance hall of the venue. Not an easy feat! Made out of over 800 carnation blooms this was one memorable piece! 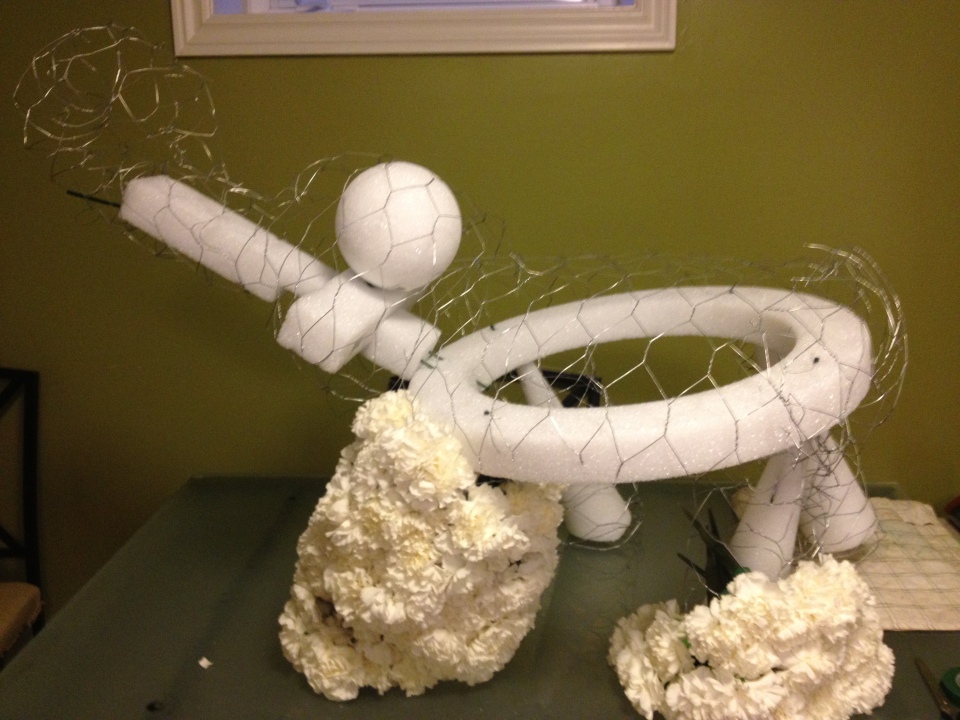 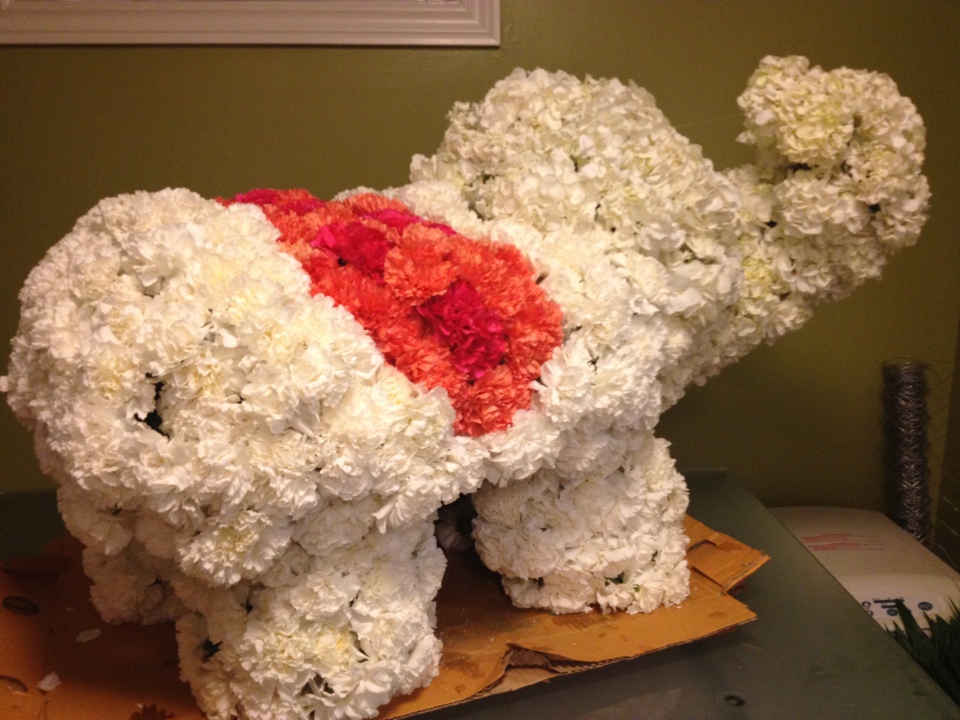 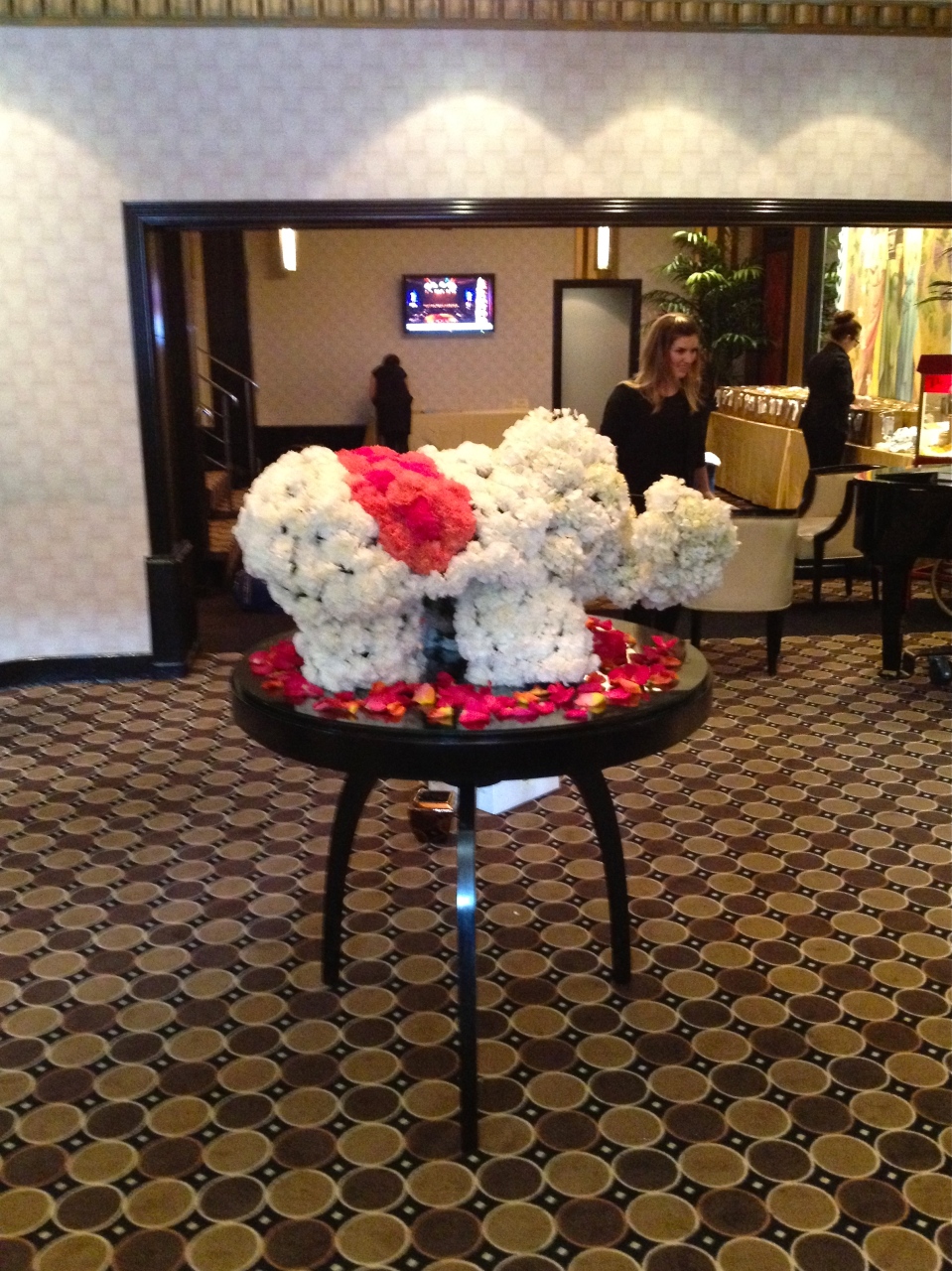 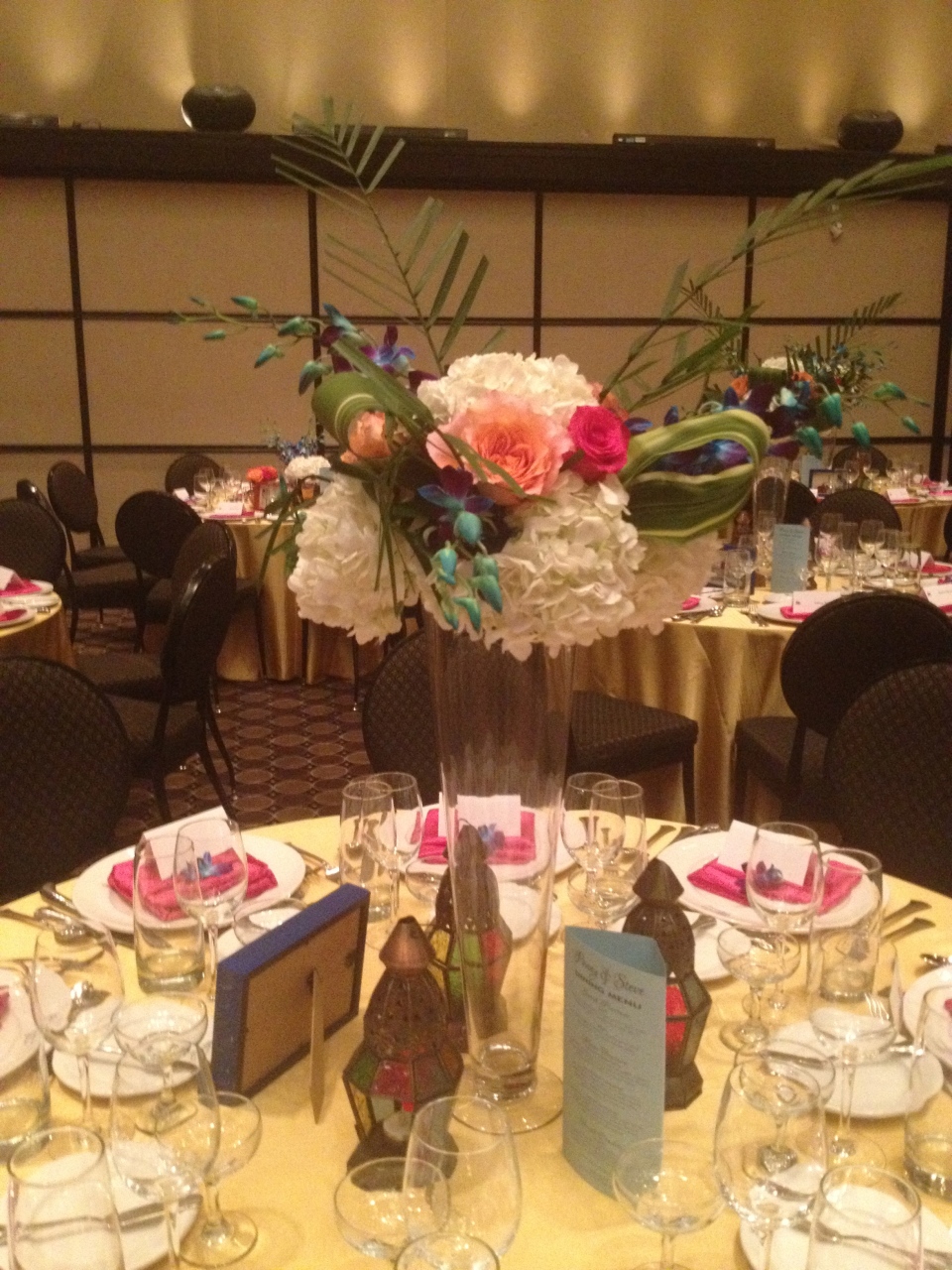 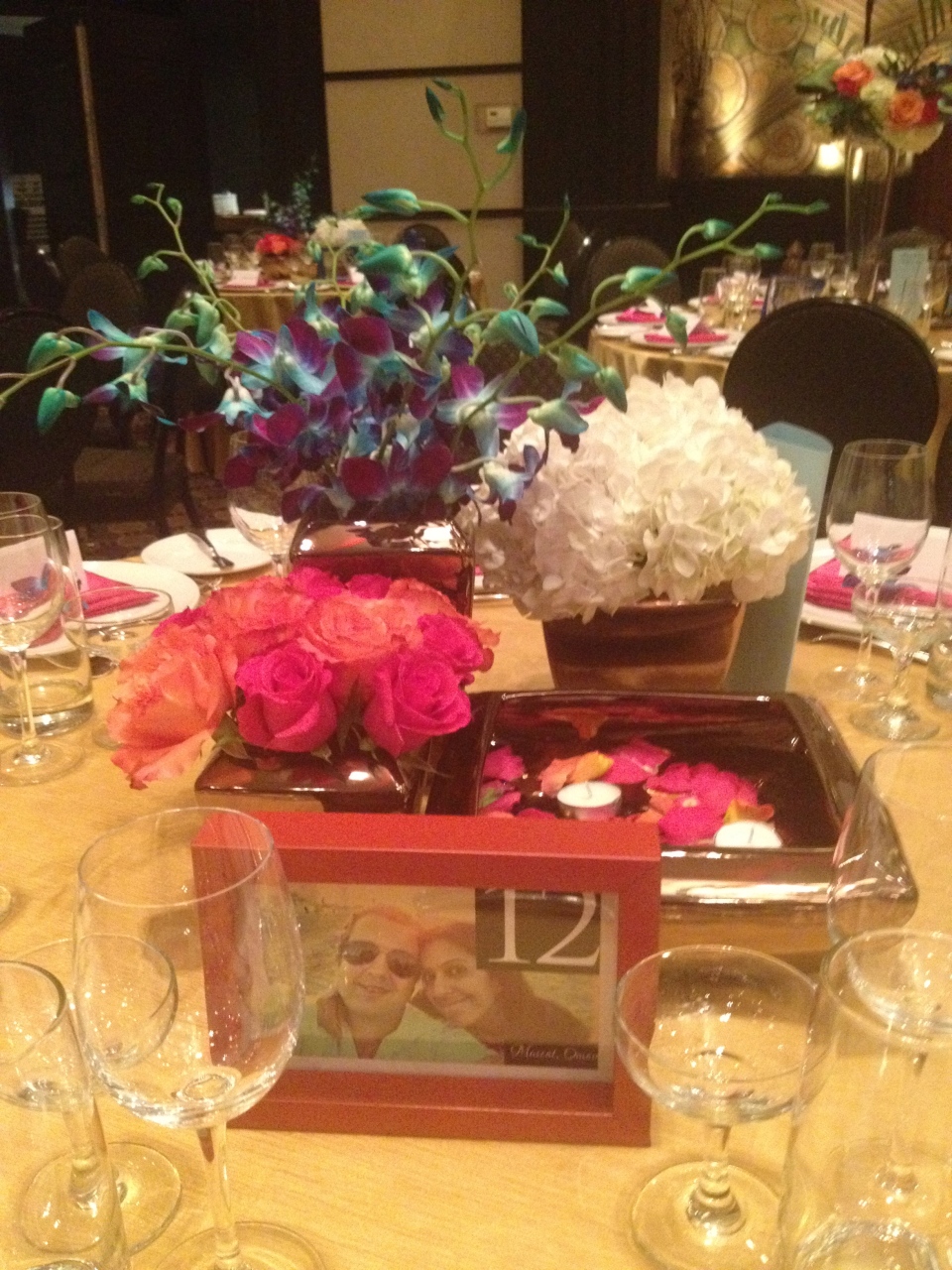 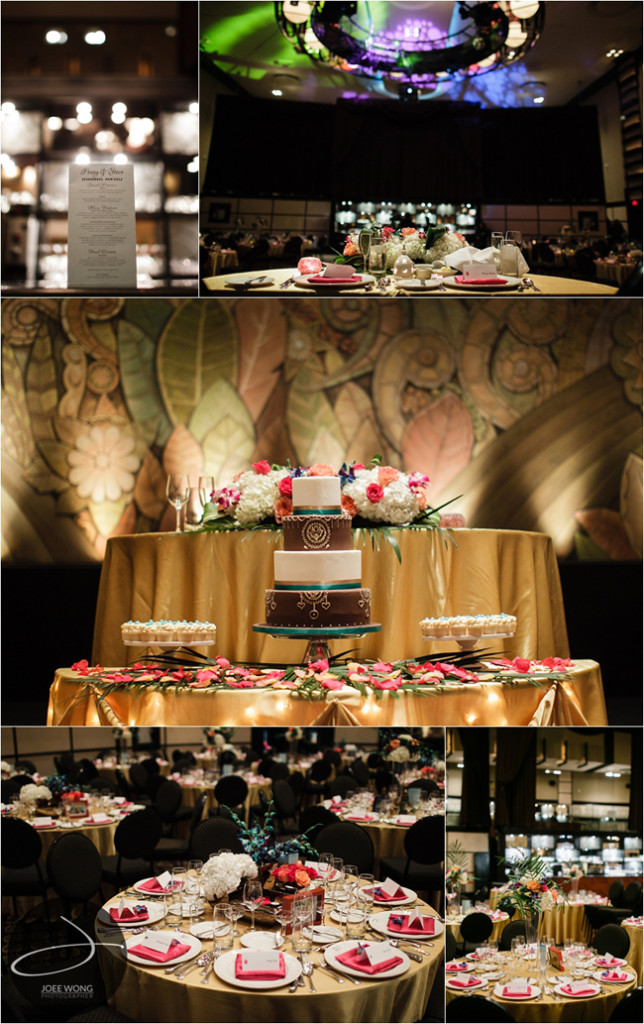 The sweetheart table featured a long low arrangement of the same flowers and showcased the spectacular cake in all its glory. 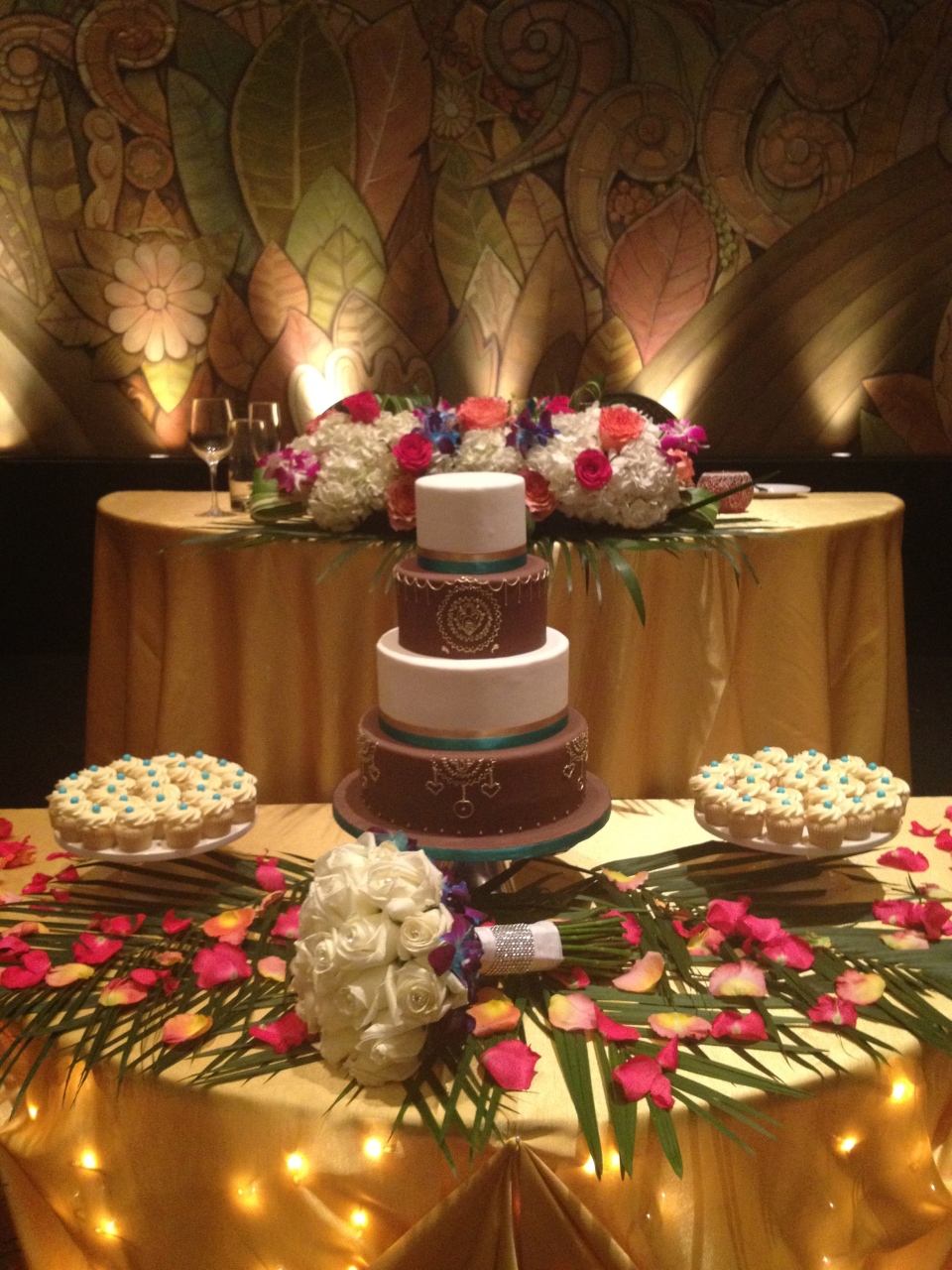 Congratulations to Penny and Steve on a spectacular Fusion wedding and best wishes for long life together.

For always creative wedding and event flowers contact us today for a design consultation.